swift emergency response and planning outside of the square

On a busy Thursday afternoon, peak hour, on one of New Zealand's busiest stretches of Highway, all traffic came to complete gridlock.

Emergency services were scrambled as a excavator loaded onto a 6 wheeler truck hit the busy on ramp bridge, causing critical damage to the structure and diaphrams.

The traffic stretched for kilometers and the ensuing chaos caused delays to commuters of up to 5 hours.

Nikau was called in to undertake emergency repairs so traffic could safely travel under the bridge and then after engineering assessments to safely deconstruct the bridge spans to the buttresses.

Further inspection revealed that the birdge formwork to and under the diaphrams to the deck contained asbestos, which was firmly adhered to the concrete.

The key consideration was: how to deconstruct a contaminated overhead bridge spanning New Zealand's busiest Highway without absolutely no disruption or risk to the Public?

A seemingly daunting task that was solved with practicable, effective solutions by Nikau. Despite taking a bit longer to deconstruct than a conventional bridge deconstruction, Onewa was removed safely, with no contamination migration and no risk to Public. 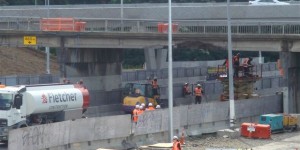 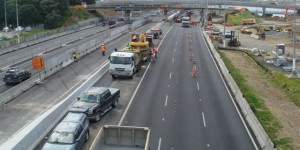 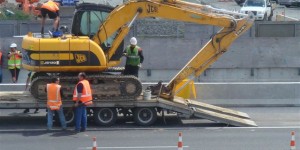 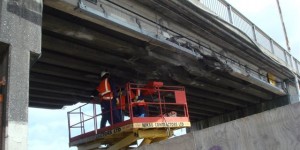 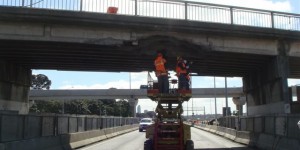 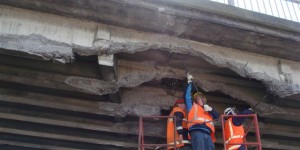