your trusted and reliable partner in deconstruction & remediation

Deconstruction is a demanding industry that requires a very specific set and range of skills.

Our emphasis on the environment, health and safety and the need for outstanding working practices has secured our position as the preferred demolition and asbestos removal contractor to New Zealand Government agencies and Regulatory Authorities. 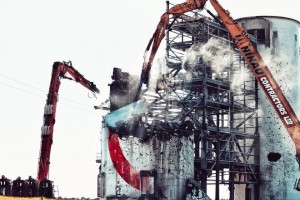 The largest deconstruction and recovery operation in New Zealand history

Quite simply - a titanic of a project, that had to be methiculously planned and executed from start to eventual finish, programmed for April 2015....... READ MORE A perfect example of deconstruction and remediation working in tandem to achieve project success.

In 2008 the structure of the redundant freezing works in Patea was severely damaged by arson, resulting in the mass contamination within the structure and surrounding areas of asbestos and other hazardous materials..... READ MORE 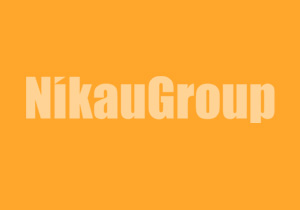 A rare and unique part of New Zealand maritime history

Listed as a World Heritage Site, the Timeball Station in Lyttleton was critically damaged in the Christchurch Feb 2011 Earthquakes, resulting in it's eventual deconstruction. Due to the historic nature and sentiment about the structure, every piece, right down to nails had to be recovered for an eventual rebuild..... READ MORE Initial Engineering assessments of the Earthquake damaged Holiday Inn Hotel Complex and City Centre, Christchurch deemed that the structure could be deconstruction in a traditional manner, however as internal strip out revealed, the structure was far worst than anticipated, resulting in a methodology review and change part way through the project for the safety of the deconstruction team..... READ MORE Swift emergency response and planning outside of the square

Onewa onramp bridge located above one of the busiest stretches of New Zealand's busiest Highway, State Highway 1 came to an unplanned and untimely demise when a small earthworks contractor hit and critically damaged the bridge with an excavator he was transporting..... READ MORE Excellence in planning and scheduling to ensure absolutely no disruption to operations within a live steel mill environment.

High attention to safety and environmental concerns were the key in Nikau's successful award of this massive contract, which took over 14 months to complete..... READ MORE One of the largest industrial deconstruction projects in New Zealand

Sited over 5 hectares of prime industrial land with over 20 structures ranging from 10 - 40 meters in height, silos, chimneys, conveyances systems, this was a massive job..... READ MORE Known in the United Kingdom as the "BEAST" TT's was purchased by Nikau and brought to New zealand to assist with the christchurch recovery.

In the short time she has been in New Zealand, she has become a Rock Star of a machine and comes complete with some very impressive measurements..... READ MORE